The Joseph Boyden affair broke just before Christmas, which is probably why it hasn’t blown up into mega-controversy deserves to be be. APTN found pretty indisputable evidence that Boyden, the country’s number one indigenous author, isn’t indigenous at all.

This provoked all sorts of nonsensical responses about blood and DNA, which might have made sense had Joseph Boyden been brought up aboriginal. But he hadn’t. According to Boyden, his childhood was spent in suburban Toronto, where his father was  doctor, who had been awarded the Distinguished Service Order and was the most highly decorated medical officer of World War II.

Under the circumstances, I felt someone should probably look into that story about Boyden Sr. especially since it was his brother, Erl Boyden, who had posed as “Injun Joe” in the fifties. Perhaps, fabulism ran in the family.

As it turned out, there definitely was a Dr. Raymond Boyden with the Canadian Army Medical Corps and he was indeed a decorated veteran.

Here is his medical school graduation photo and blurb, giving his birth date as 1899, which would make him 66 or 67 when Joseph was born. That’s an older father, even by today’s standards, so it makes sense some of the details got blurred along the way.

What’s more, another branch of the family has many members who continue to serve in the Canadian military. One of those relatives wrote to me saying that he did not want his Grandad’s legacy to be questioned and tarnished by recent events. He attached a picture of his grandfather’s medals, which I have posted below: 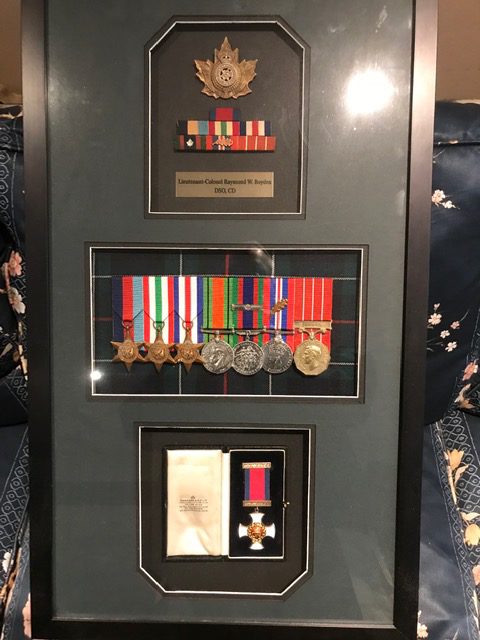